This past Sunday, my daughter and I almost died…

We were heading home from a nice, leisurely, after church lunch of fried chicken and fixin’s (that’s side dishes to you non-southern folk). Which brings up a good point; what is it about a Sunday church service that makes people in the south want to eat fried chicken afterward?

Anyway, we were heading home to sleep it off, naturally, because everything about a Sunday afternoon and a full belly scream nap time.

It was just my daughter and I in the minivan, because my son had ridden home with my husband. He leaves the house early every Sunday morning for praise and worship practice, so we take separate vehicles to church.

My husband and son were about 45 seconds ahead of us on the trip home, and had just parked and stepped out of the car to wait for us, so they were able to watch the following scene unfold.

We were pulling into our gated and very well kept condo community, as 2 African American gentlemen  that looked to be between the ages of 19 to 22 in a little gray sports car were pulling out.

Nothing unusual there, except that they were creeping along very slowly and one of them was dangling an overstuffed kitchen trash bag out the passenger side window.

I slowed to see what they were up to, as if I didn’t already know.

I locked eyes with the passenger as he watched me watching him. I was completely stopped by now right inside the entrance, but before reaching the gate, to see if the young man had the guts to make his next move, knowing full well that my eyes were now fixed intently upon him.

Sure enough, the car stopped about 40 yards from the exit to the complex. The passenger then flung open his door and quickly hopped out of the vehicle, with eyes on me the whole time, as he tossed his burden into the trees lining the property.

The guy then ran back toward the vehicle and hurled himself inside with Cheetah-like swiftness. The tires screeched as they pulled away, eager to be rid of my prying eyes as quickly as possible.

Now, I’m not some sort of tree-hugging, “go green” hippy with save the planet, save the vegetarians, save the dust bunnies bumper stickers that always buys organic, attends anti-global warming rallies, and recycles everything I can get my hands on. I am, however, that one idiot in this huge, selfish, and uncaring city that will chase a plastic bag or empty wrapper across the entire length of a parking lot just because I HATE to see someone else’s litter cluttering up the beauty of this world.

So this guy, this litterbug of epic proportions that chose to do his dirty work right before my eyes; he sparked an instant rage inside of me. That was it. He was going down!

“Oh no he didn’t!” I exclaimed, and whipped my minivan around to give chase so fast, that my son, watching from the parking lot, later told me, “I think you got some air on that take off, mom.”

We sped down the winding street after the little gray car that was now gaining ground faster than my big boat could keep up. “Faster, mom! We’re losing them!” my daughter screamed from the seat beside me. We must have been doing 80 down the twisting back road toward the main highway. The speed limit was 40. My foot jamming the accelerator to the floor, intent gaze on the car in front of us quickly speeding away, I yelled back, “I just want his plate number! Can you see his plate number?!” “Not yet, we have to get closer!”

Let me put this spectacle into perspective for you: 2 white girls, fresh out of church, in a minivan, chasing down 2 black men in a sports car…over trash. It was like a scene out of a Wayans Brothers movie. What were we hoping to gain here once we caught up to them? Was I even thinking that far ahead? And seriously, why were these 2 so afraid of a short, fat, white woman and a teenage girl in a minivan?

I didn’t care. I was a lioness in hot pursuit of my prey. I wanted rectification for the heinous crime that I had just witnessed. If I could just get his license plate number, the power would be mine! I could report him to the authorities! I was chasing these evil-doers in the name of truth, justice, and the American way!

Or, litterbugs just tick me off enough to be this stupid.

As the little car continued to speed ahead at a rate faster than our soccer mom-mobile, I began to lose hope that we would even catch up. I don’t think we’ll catch them,” I yelled to my daughter. To which she replied, “No mom, we’ve got this! Don’t give up!”

Sure enough, we were coming up to the stoplight for the main highway. It was red.

The 2 villains weren’t sure how to proceed as they approached the stoplight. They crossed into the right lane…they crossed back into the left. They were stuck. They tried to turn their car sideways across 2 lanes to block our view of the license plate. Too late. “Get the plate, get the plate!” I yelled, and screamed the now visible number out to my daughter just before the 2 geniuses realized that they could have hung a right down the service road and made a clean get away. Oops. Better luck next time, fellas.

Off they sped into the sunset. We waved goodbye. See ya, suckas!

“That was awesome!” my daughter exclaimed. “Go mom!” We fist bumped. “Next time we need to wear capes.” I said.

That brought to light the sheer ridiculousness of the whole situation. I looked at her. She looked at me. We laughed all the way back home.

“Well, what now?” I wondered

Instead, and because it just grated on my nerves so terribly, my husband and I went out to retrieve the bag of trash and properly dispose of it. It would seem that my efforts in chasing down the culprits and obtaining their license plate number were all in vain.

When we picked up the bag of trash, we clearly saw a piece of mail with a name and address on it plastered up against the thinly stretched plastic barely holding in the contents of the bulging bag. We made note of it. It happened to be a woman’s name on the piece of mail. We walked around the property and located the address. Our building faces it from across the little retention pond.

I surmised that mom must have asked son and son’s friend to take the trash out on their way to…wherever. Son decided to take the lazy way out of the task. I wonder if Mrs. Marie would like to know what really became of her trash.

Hmmm…perhaps a letter is in order?

To whom it may concern… 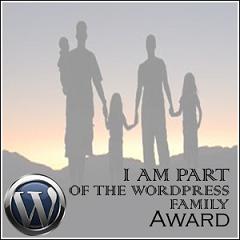